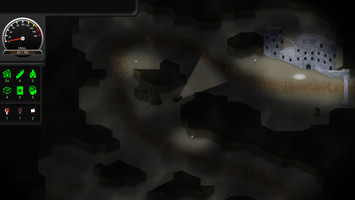 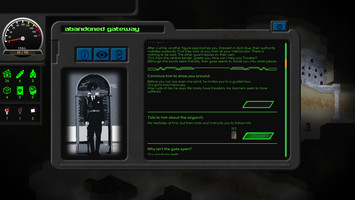 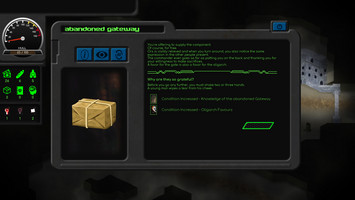 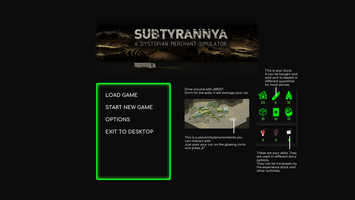 Greetings fellow citizens of the underground,

this is Subtyrannya, a dystopian merchant simulator with strange vibes, mystery and a whole lot of secrets for you to discover.

You play as a lone merchant with his vehicle, driving trough the colonized underground on the search for wealth, knowledge and one or two other things.

Yep, finally something to play.

But to be honest, its pretty short right now. Only the most basic tutorial area with two places and two rooms, which after you can drive trough two more rooms before it all comes to a very unspectacular end.

To be honest, thats not quite the enthusiastic Description I had in mind for this demo-devlog. But eh, just play it and you will see for yourself.

The tutorial area fulfills a couple of purposes. Most which I copied from famous metroidvania style games.

To get out you need to backtrack to the beginning. Which means driving back from the second room to the first room. This lets the player trough gameplay know, that in this game there will be passageways and stories that are inaccessible at first, but are unlocked as you accomplish more stuff.

This will consist throughout the world. At the beginning your path is limited to only the first sector. After gathering different upgrades for you truck, more and more paths are opened until you can drive trough the whole map.

Changing environment trough actions. Once when you take the energy core of the diner and the second time when you open the doors of the abandoned gateway.

Both times your action changes not only what you possess and your ties to others, but also the very ground on which you can drive and the places you can visit.

Actions have sometimes bad consequences. I don't want to spoiler to much, but there are different conditions and some are not very pleasant for you in the long run. Random events can happen, towns can close themselves up, bandits will appear more often, etc...

-Finished the Content for the Abandoned Gateway and Diner for now, including new pictures, text and pathways.

-Fixed a couple of bugs, like persisting sound, weird transitions from room to room and more

-added sound to different scenes. Some actions and descriptions now have short effect sounds like slapping or falling rocks to them, while others could have more background sounds like talking people or driving cars.

-added new menu art and reworked the code inside

-changed fog effects to the darkness. Made it prettier.

-remade sprite of the abandoned gateway to make it look more like its description.

-Added two new Rooms with collisions, where you currently can't do more than drive around and against walls and look at weird sand outlines.

The gameplay is still kind of stuck between two goals right now.

That means, integrating trading into the whole story stuff, which is harder than it sounds. For example, it always needs to be clear to the player, on how to proceed and reach the goal he has in mind.

That's why I am probably reducing the total amount of items that exist for trading in the game.

Until now, I had my mind on making as much items as needed for the story and using Stock for trading, but with only 4 different stocks for real trading, the whole thing kind of breaks, if you have lot of ports.

So in the future, I plan to get rid of stocks and the whole “infinite” item thing and just gonna introduce about maybe twenty different items, which some sectors trade cheaply, others buy it at high prices and a couple don't trade that at all.

These are then also used in a lot of stories to proceed with the game.

The main idea behind this change is that I want to make it simpler for the player to keep record of what he can really do to be proactive ingame.